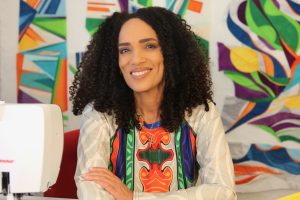 When award-winning artist Sheila Frampton Cooper creates, she revels in the spontaneous. Her free-form process with its surprising twists and turns inevitably delivers her to a place of unfiltered originality where her bold work unapologetically commands attention.

Born and raised in Los Angeles, California, Sheila showed a strong-willed, artistic temperament from an early age and has been creating art since her earliest memories. When she was 19 she lived in Italy, France and Belgium, and upon her return, embarked with a vengeance down her creative path. Several years later as a single mom working hard to provide for her two young sons, she painted in the evenings as a creative outlet. One night as she was working, she looked at the painting and thought, “I don’t like this,” so she dipped the brush in paint and started throwing it around in a frenzy. Then something magical happened—there was a whole scene on the canvas that just flowed out. That moment profoundly changed her.

From years of oil, acrylic and watercolor painting to jewelry-making and architectural photography, it has been a surprising leap to her current passion of studio art quilts. Her greatest affinity lies with improvisational piecing, as well as painting with thickened dyes and various aspects of surface design. Whether it’s a butterfly on her windowsill, a bird in her garden or the colors of a tropical fish, Sheila finds inspiration in the natural world as well as the bustling metropolis. This duality manifests itself in her work through bold, graphic designs juxtaposed with more quiet and flowing, amorphous creations.

Sheila is also a passionate teacher and has shared her process in workshops around the world. She says, “Another wonderful change quilting brought into my life was the opportunity to teach. It is a privilege for me to witness what my students accomplish in 2-5 days! I am honored to hold the space and guide them as they discover the freedom, joy, and for some, the discomfort that comes from not knowing the outcome of their creations”.

Since embarking on her fiber art adventure in 2010, Sheila has won awards at major quilt shows, including: IQA World of Beauty in Houston, AQS Show in Paducah and Road to California. Her work has been exhibited in the United States, France, Italy, England, China and Japan.

Sheila has recently returned to Southern California after living in France for more than five years. 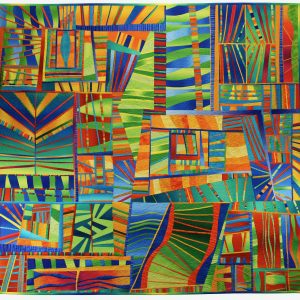 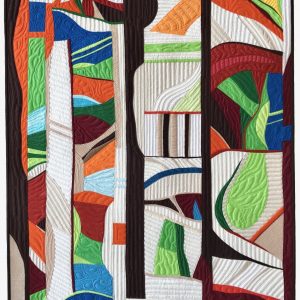 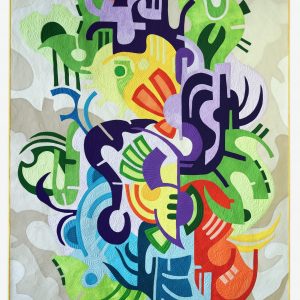 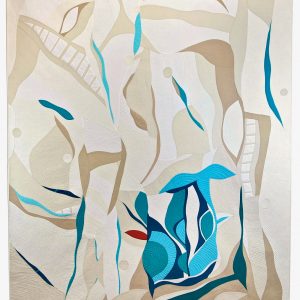 Quiet with a Pop